We had a strangely crafty weekend. It was good. On Friday I took the boys to Lush in the Derby Westfield centre because I'd been told they'd have people in from their factory giving 'making' demonstrations. The boys made a blackberry bath bomb each - no charge. Great! 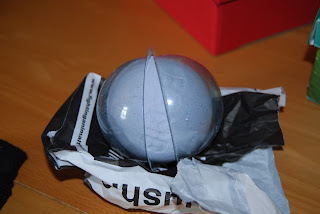 Then Saturday saw us at Calke Abbey where Zachary spotted a craft book in the shop. We didn't buy it but I used all my powers of focus and concentration to try and memorise the instructions for a treasure chest... Leo's didn't quite get finished, and Zachary was fairly happy with his although he's still complaining that it doesn't have a hinged lid (oh and Leo sat on the lid in the garden...after the photo was taken fortunately!)... 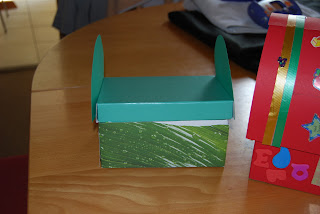 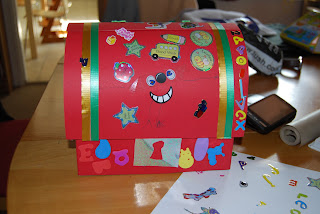 On Sunday, I attempted Mary Anne's Ploughman's Loaf. Mary Anne was a contestant on the Great British Bake-Off last year and she was fab. I have been wanting to try this loaf since I saw it on TV and here is my attempt. 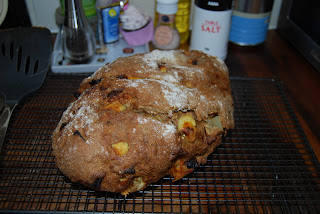 It does taste great and it has lasted for 3 days so far without getting too hard - I must admit I kneaded it in the KitchenAid, but it appears to have been successful! Oh, just one thing to say - I don't think I caramelised my onions enough or cut m cheese small enough! I've put a link here to Mary Anne's blog and you'll be able to see how in her loaf the cheese and onion is barely noticeable, where as in mine... 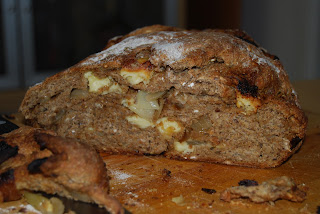 Also on Sunday, Leigh showed us a great origami boat which we're going to make on a bigger scale for Zachary to take to nursery next week - his class's current topic is Journeys and they'll reach boats next week. 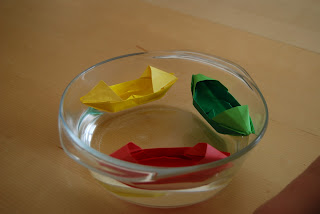 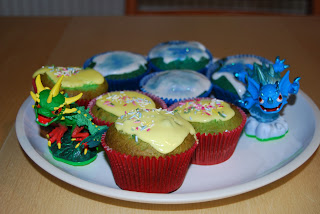