After a bit of a rainstorm this morning, the weather cleared a little in the afternoon and we managed to have our annual egg hunt at our friends' house - such fun! 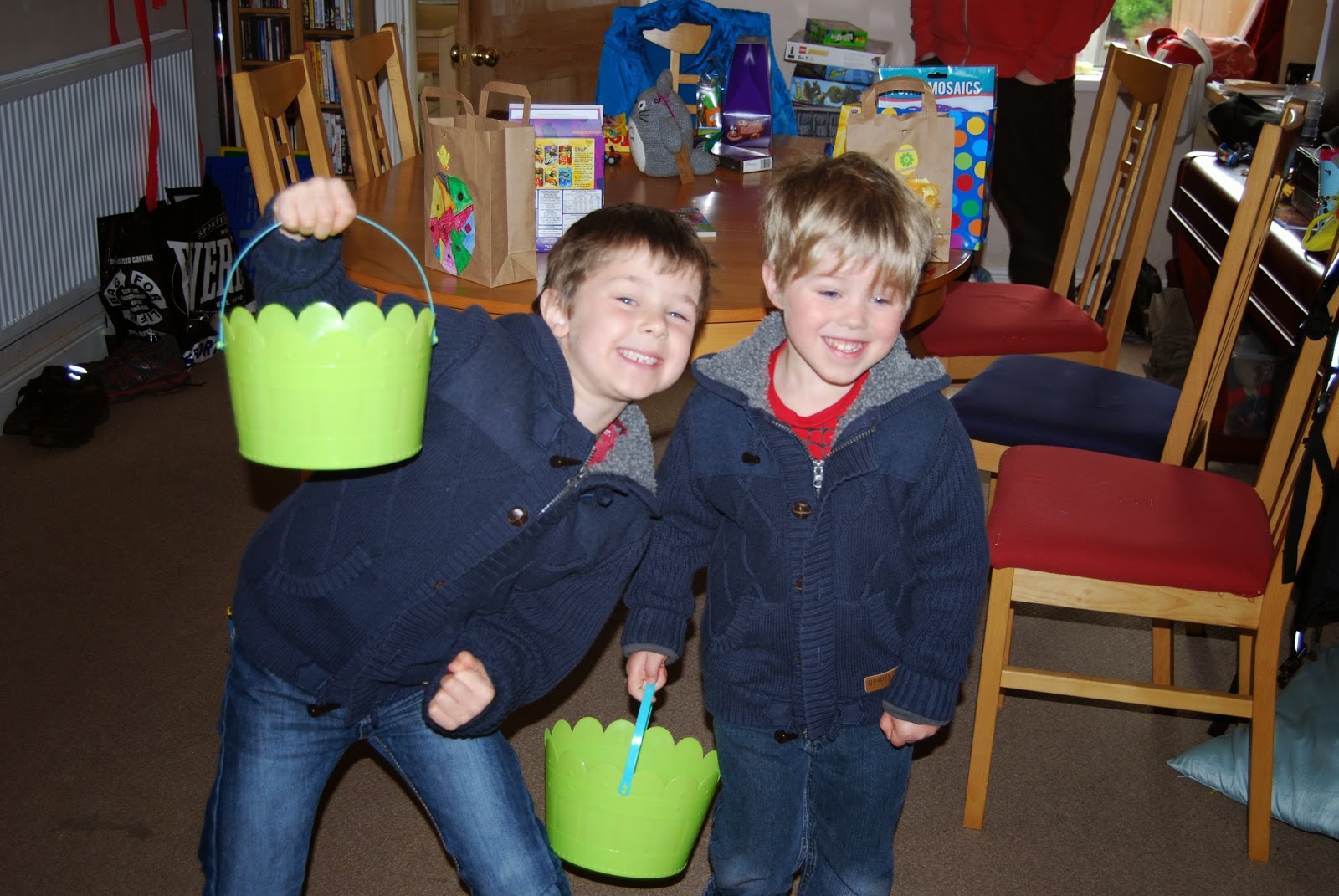 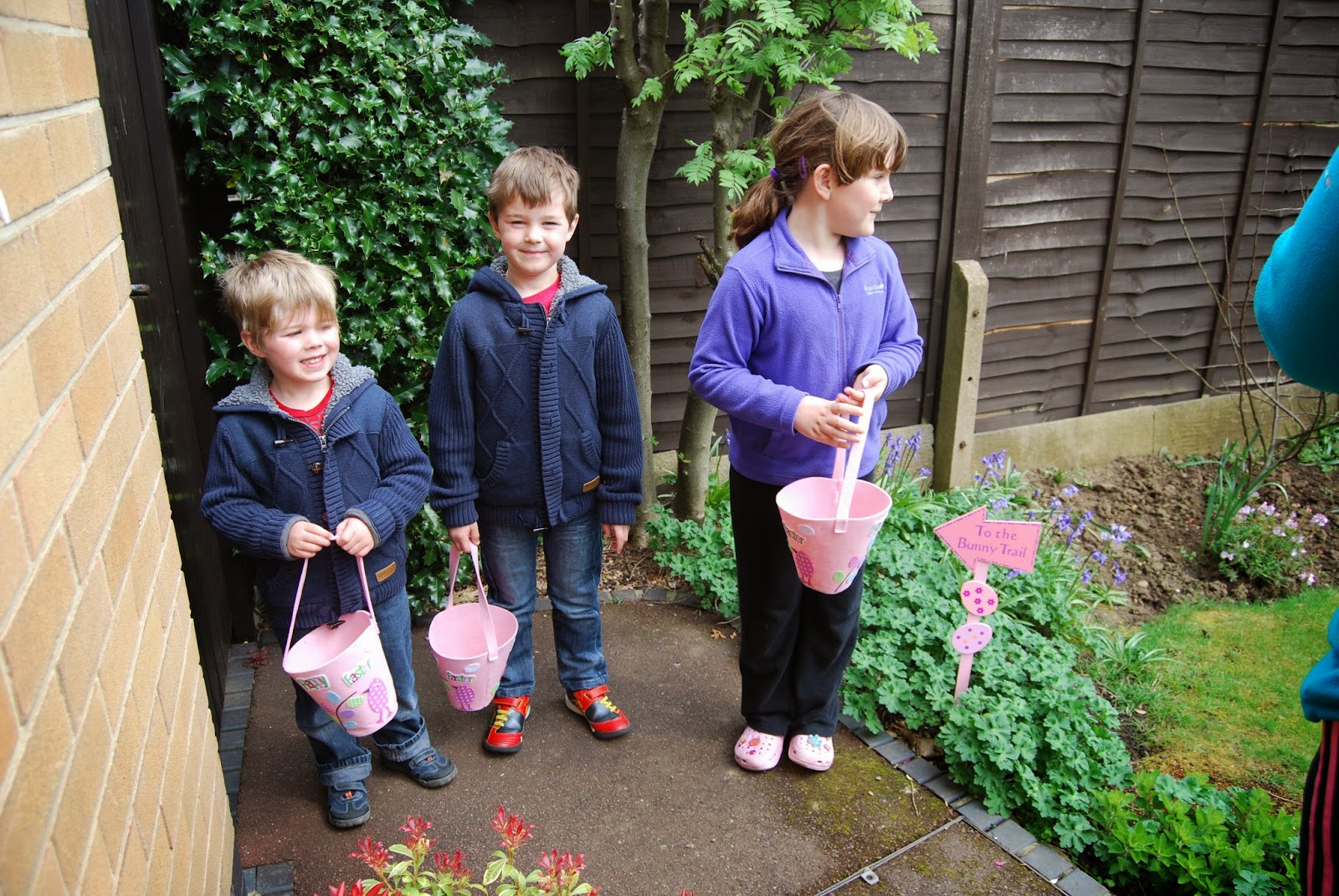 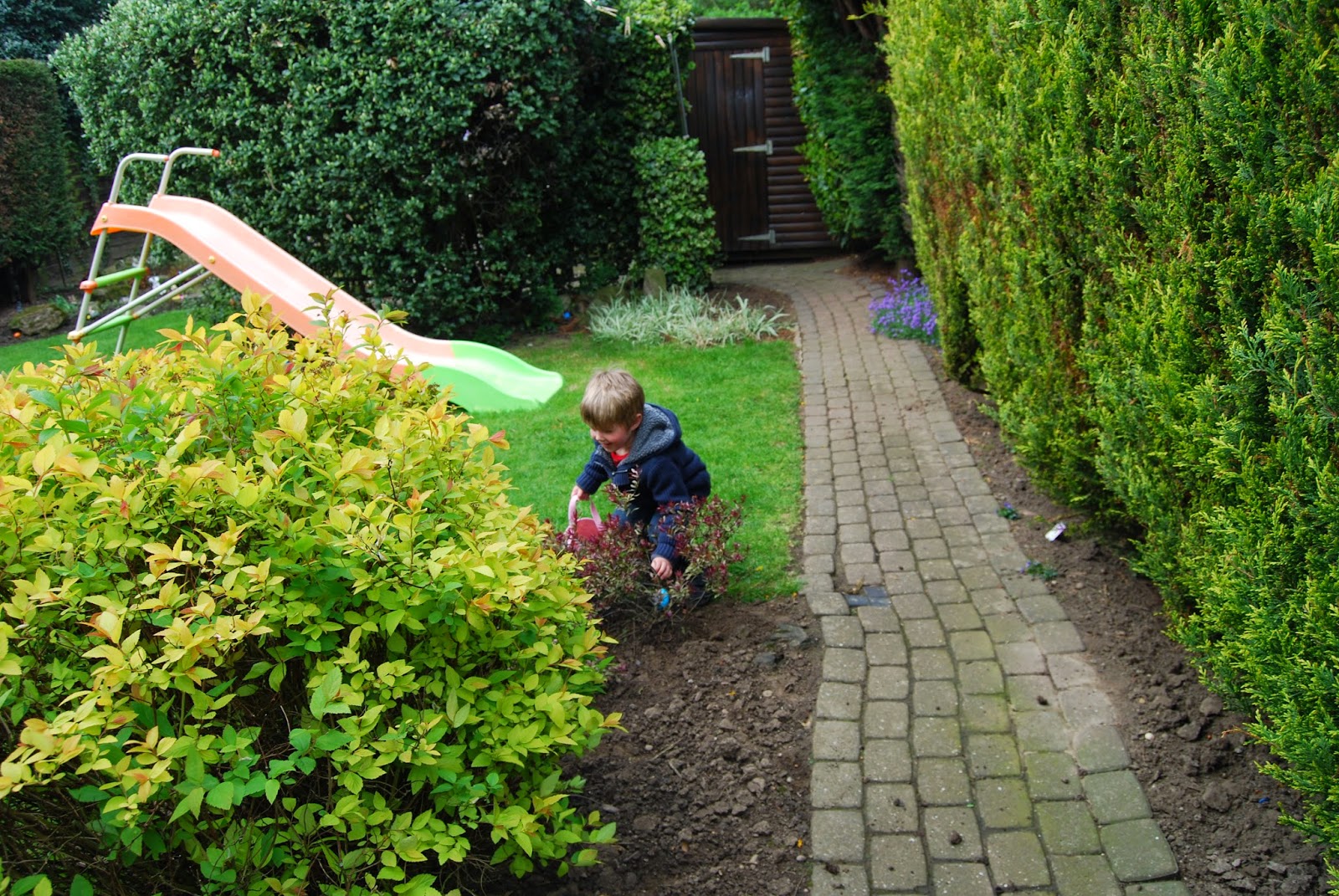 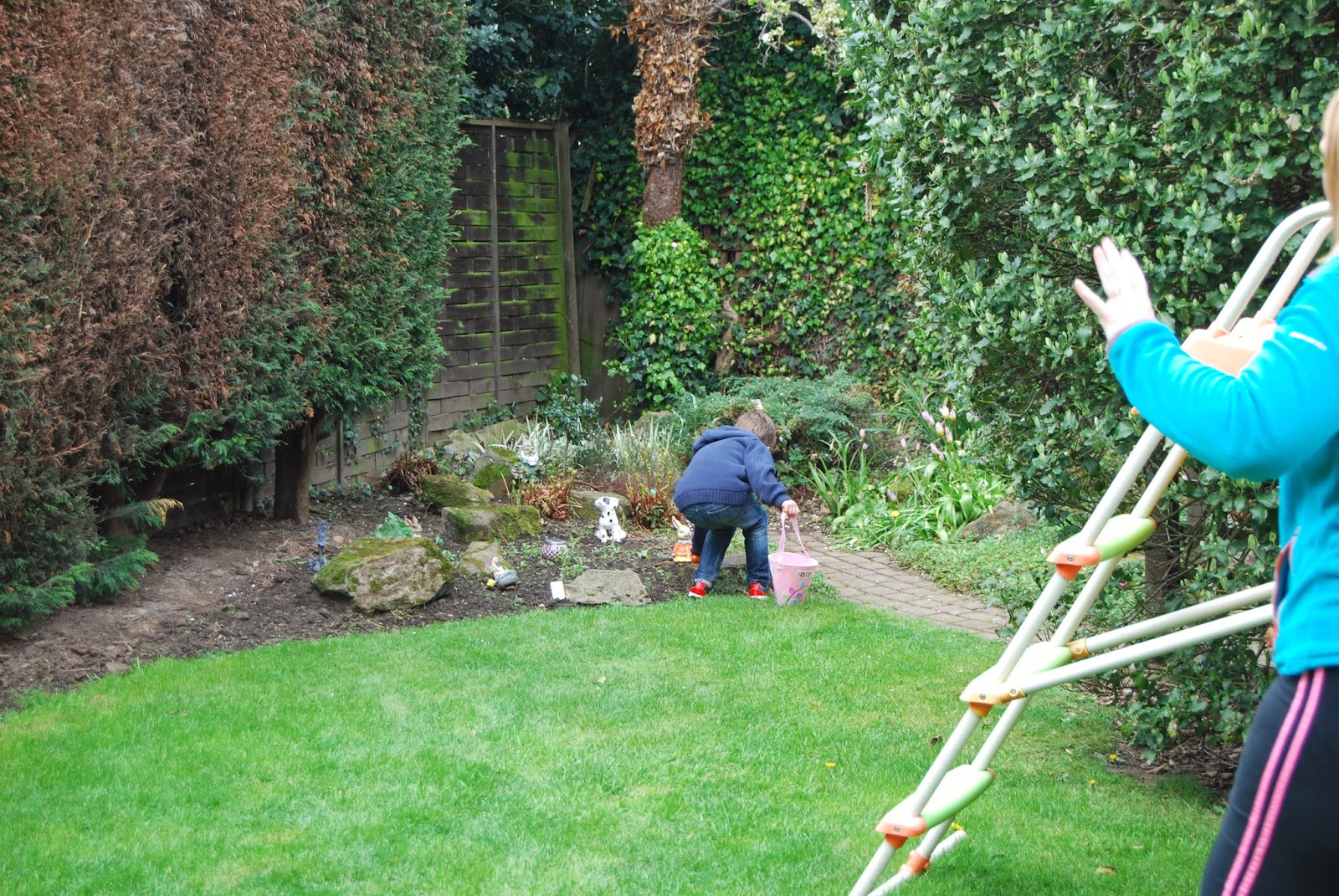 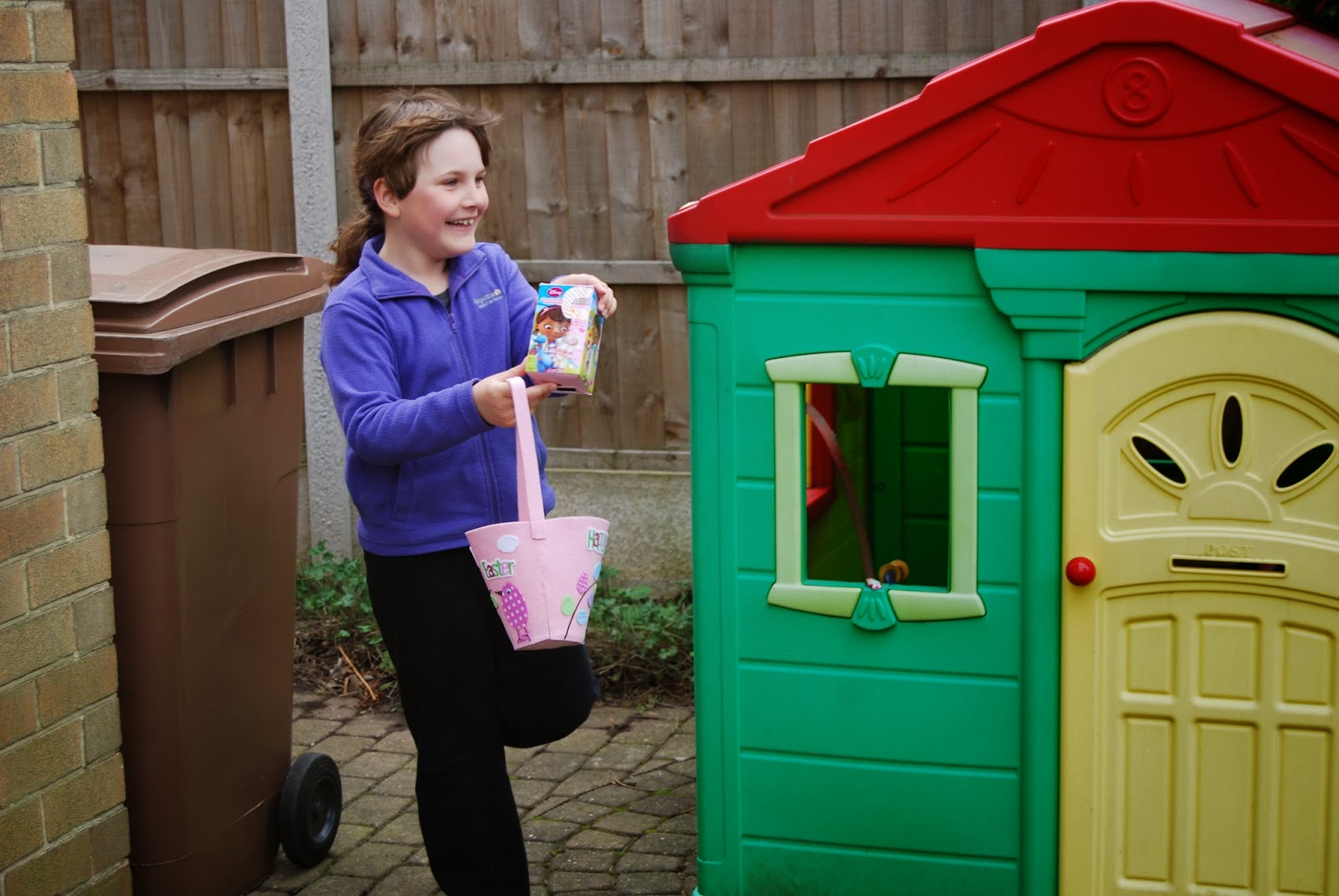 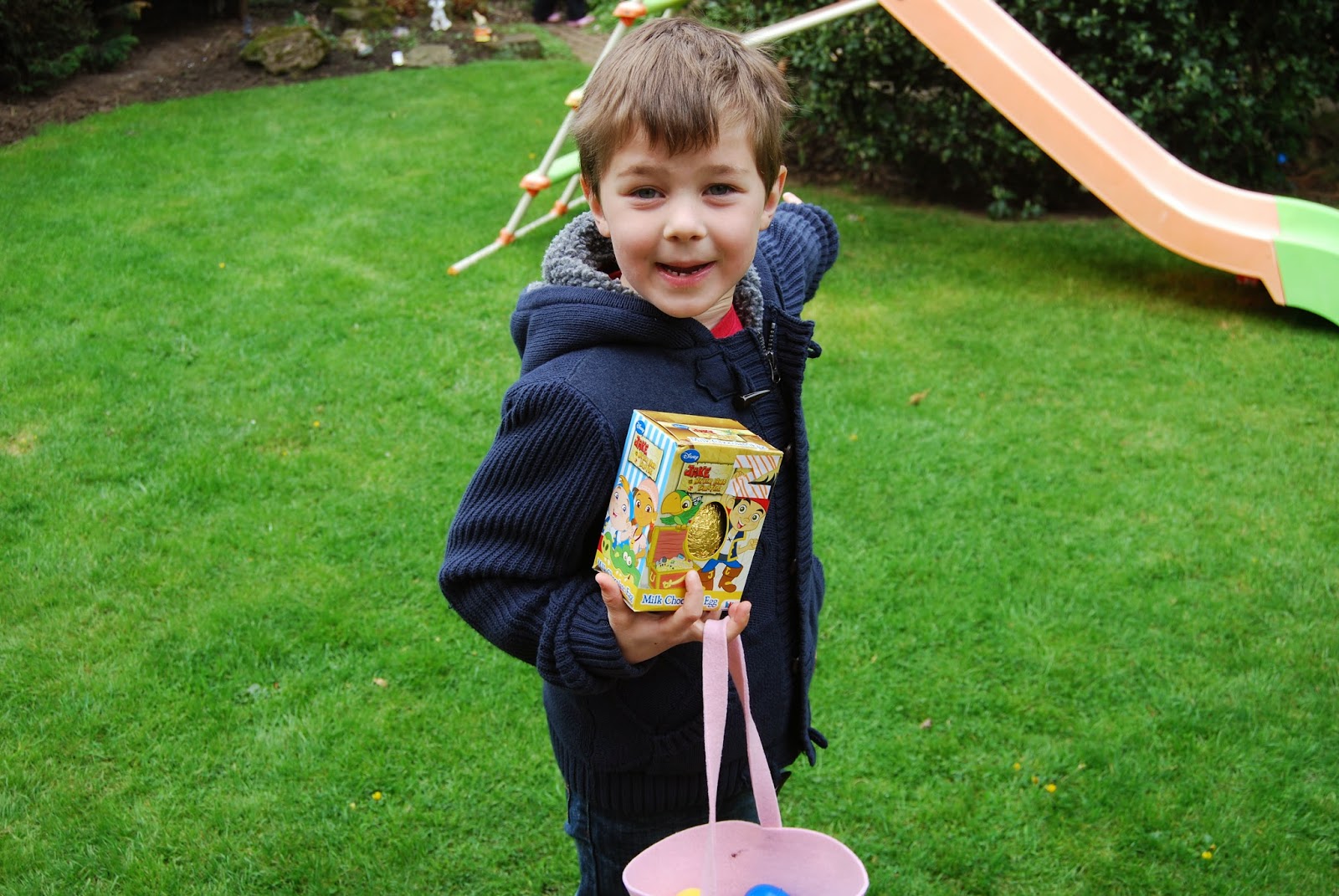 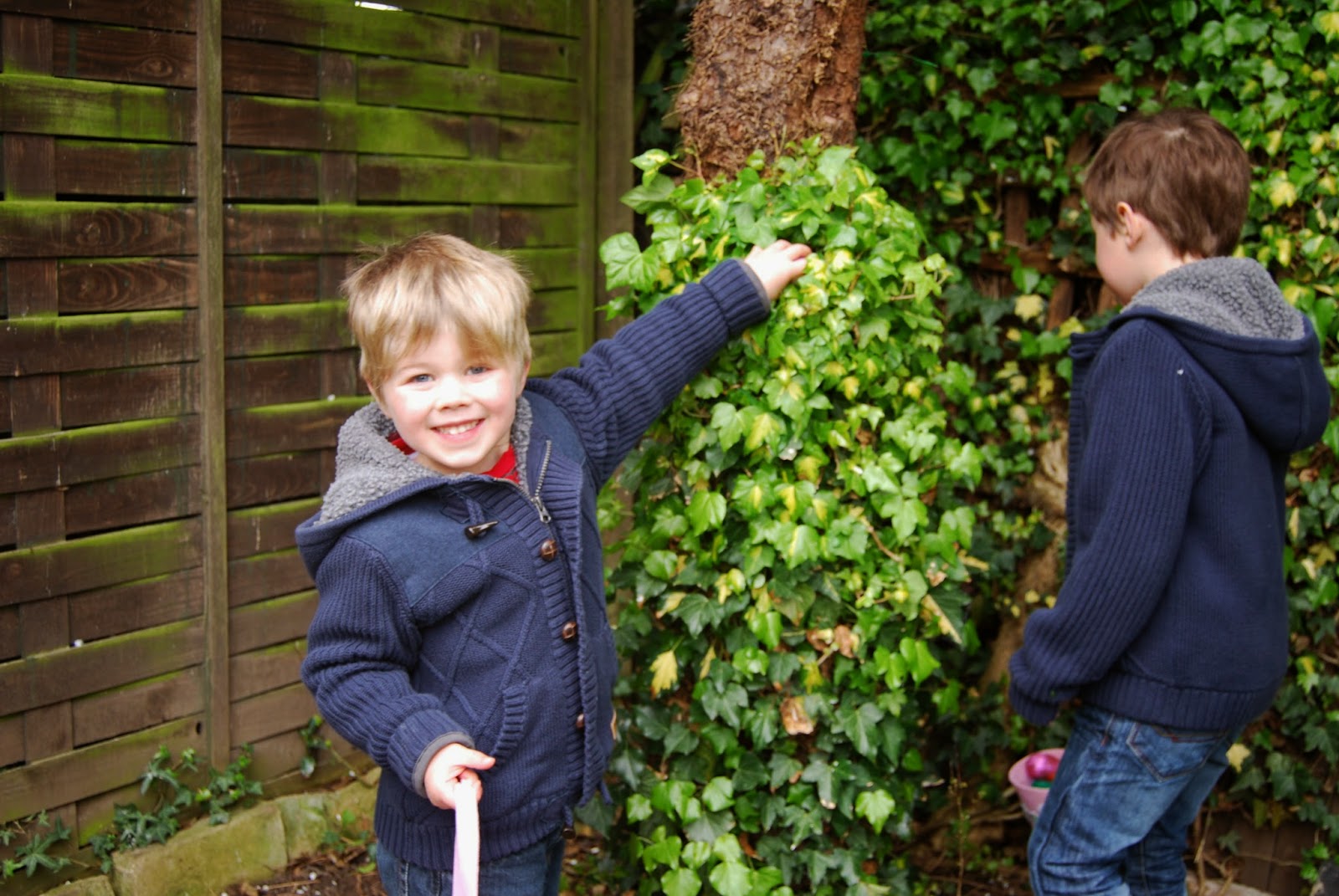 Posted by Kathryn at 6:44 pm No comments:

Thanks Miranda - these came out really well, although did need a bit longer in the oven than the recipe said! I love the way the fudge pieces make those really strange 'holes' in the biscuits! 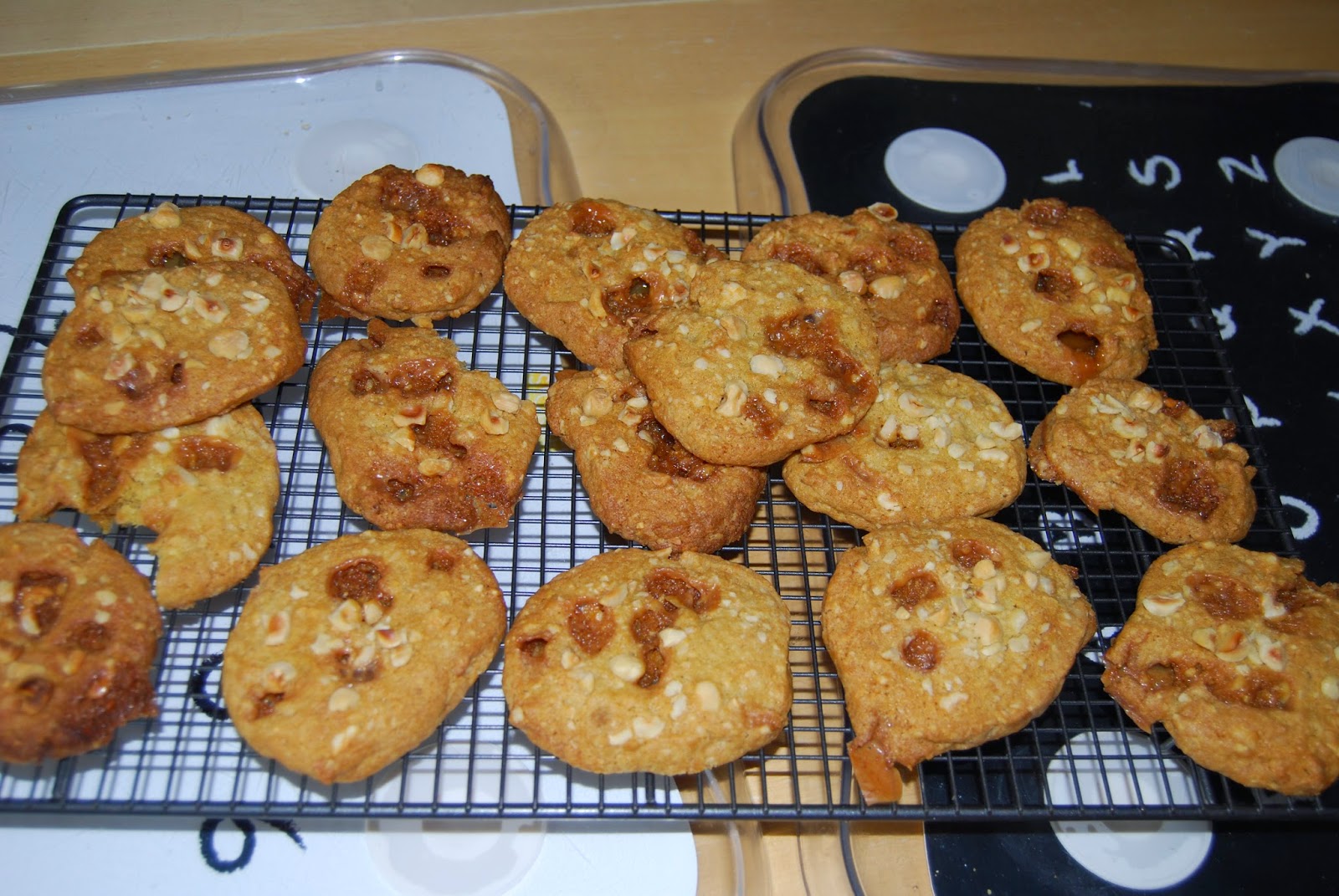 Posted by Kathryn at 6:42 pm No comments: 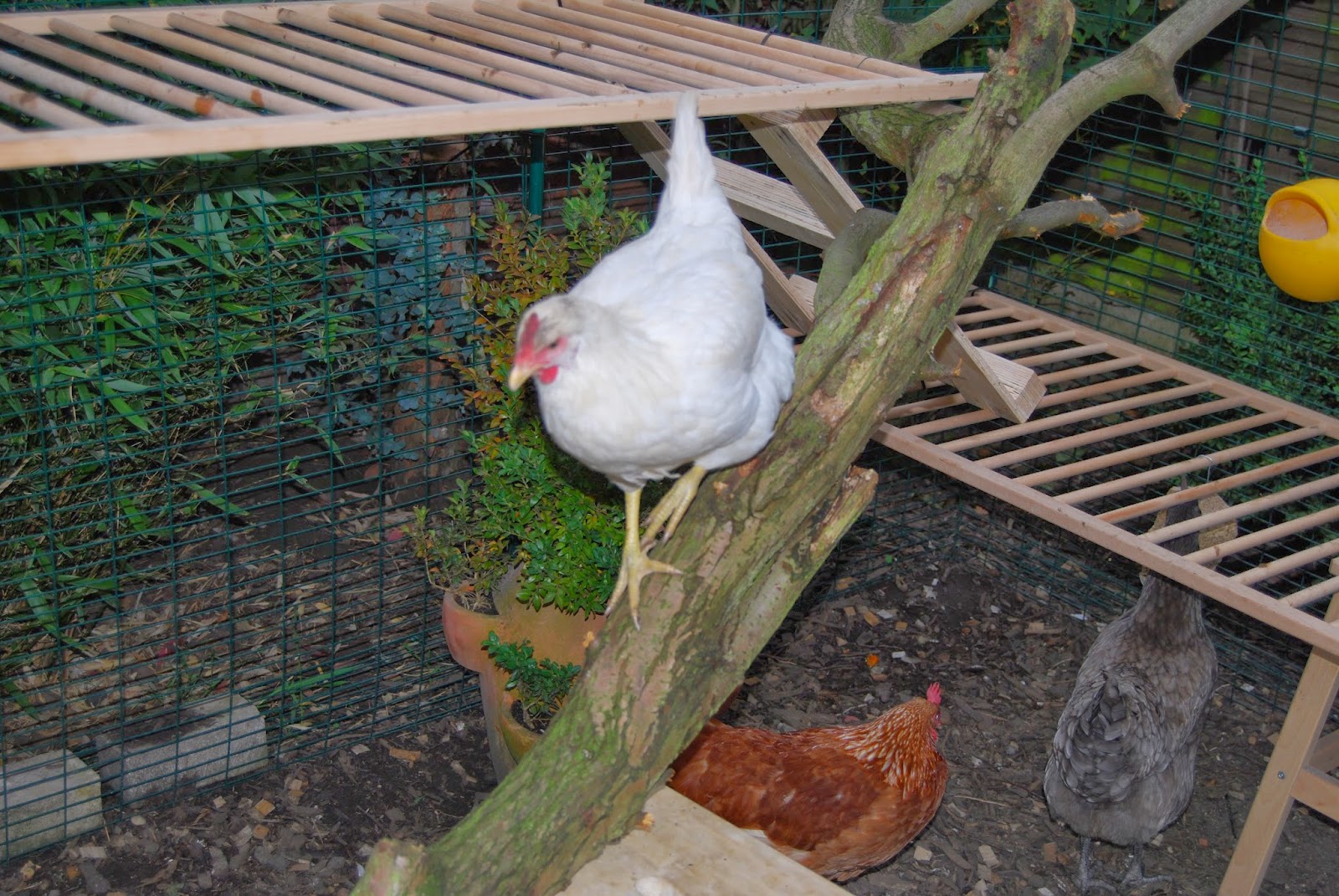 As the boys get older it becomes more obvious to me that I spend very little time one on one with Zachary. He had my undivided attention until Leo was born, and then because he is the older child and started school first (and because I have gone back to work...) there is now no real time that I spend with him on my own - well, other than birthday parties which don't really count because he's just a blur of activity with his friends!

But this morning it was my turn to get up first and Leo was still sleeping off the after-effects of the chest infection he's had this week and I had a lovely hour with Zachary on his own. We played a bit a computer game together before deconstructing his three fire Mixels and reconstructing them into one Infernites Max!!! 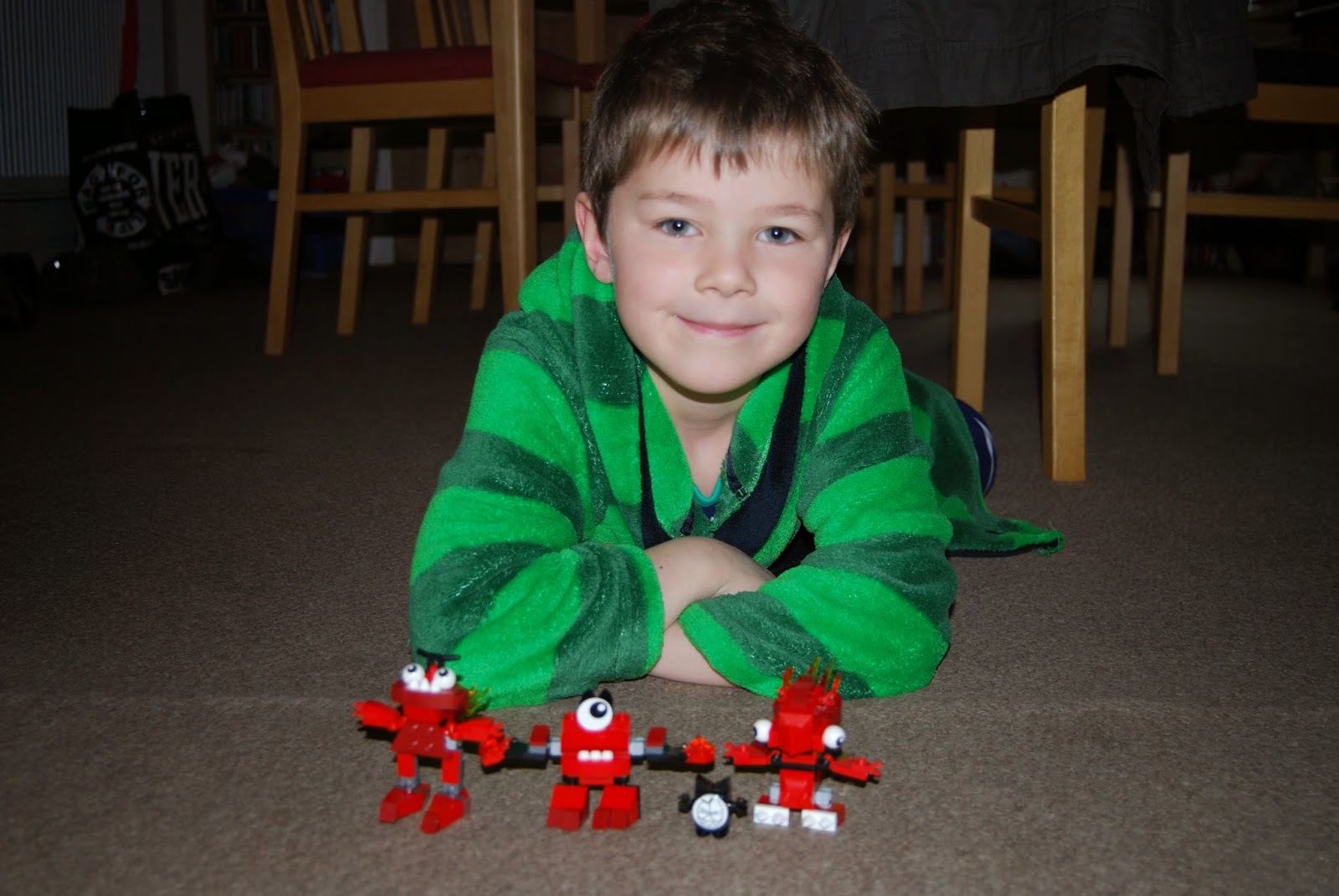 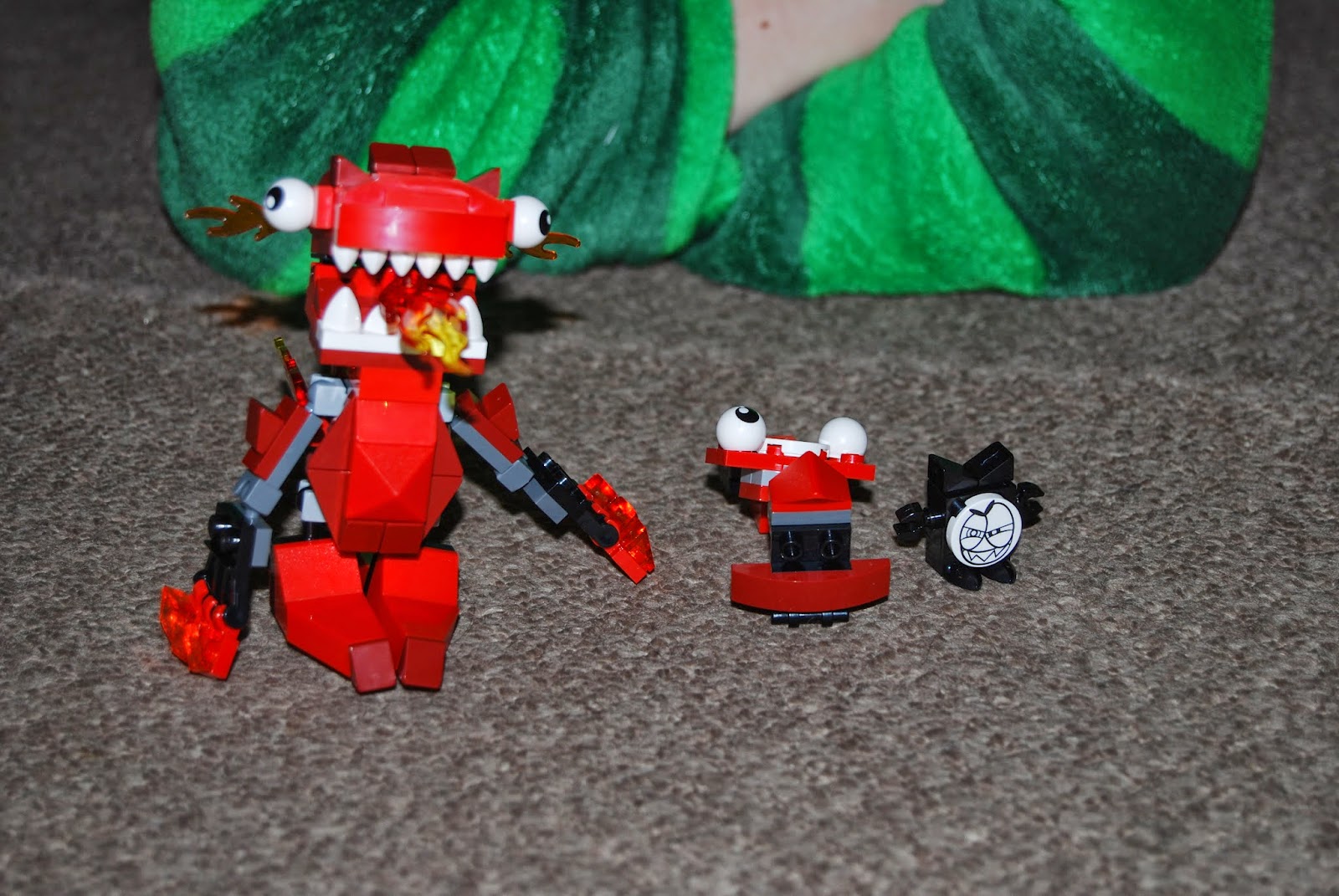 I love spending time with the boys - but it's a totally different experience with 2 of them than with them on their own. Both boys together spend most of their time needling, poking and generally annoying each other and Leigh and I spend a lot of time just refereeing between them. That (unsurprisingly) doesn't happen when they're one on one, probably because they know they have all the attention!

Next Saturday, Leigh has a gaming day in Beeston so I have the boys on my own - I was talking to Zachary about it at dinnertime and asking what he might like to do. His suggestion was that I drop Leo off at their Nan's house and then I do something with him on his own - because Leo shots a lot and I have to keep talking to him (Leo). It reminded me that I really should make more effort to spend time with him and I'm sure it's the same for Leigh. Life is generally so busy at the moment but there will be time for it somewhere!
Posted by Kathryn at 8:44 pm No comments:

Do not enter.
Posted by Kathryn at 8:23 pm No comments: