You learn something new every day.... 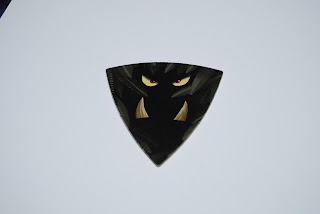 which prompted a discussion as to what that shape might be called. We discussed triangle and trigon, but then it appears that those are the names for 3-sided polygons - which are themselves shapes with straight edges. Not that. But a quick bit of googling revealed that this is a reuleaux triangle - the link explains the fancy maths behind it. Apparently the shape is also an answer to the question of what shape a manhole cover could be made so that it doesn't fall down the hole (other than a circle). There are other reuleaux shapes - the game has made use of these for the mega boss monsters.