We have been members of the National Trust for a few years now although one place we haven't been to before is Little Moreton Hall in Congleton. A short while ago, one of our uni friends became the Estate Manager there, so we had a look, discovered it was only an hour away up the A50 and visited today with some other friends. 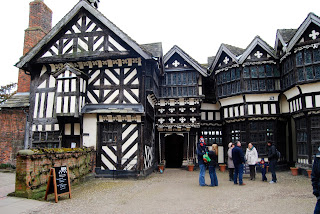 It was a really great visit. You can see most of the house in this photo (there's a bit more round to the right of the photo, including a chapel) and it was very accurately described by our friends' little boy as being 'wibbly wobbly!' It really looks as though one strong gust of wind might be the end of it! There were lots of rooms to explore, games and dressing up in some of them and guided tours. The garden again is not huge but there's a beautiful hedged garden called the Knot Garden there and lots of space for picnicking in the summer. 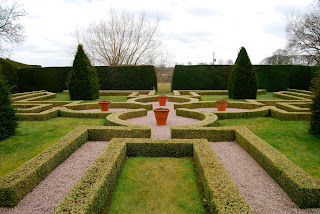 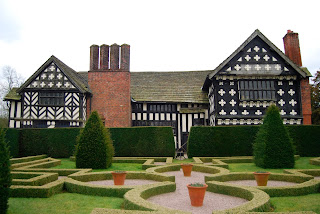 And being National Trust and a bank holiday, there was lots for children to do as well - Cadburys Easter Trail to earn a chocolate egg (Zachary searching for the bunnies!), 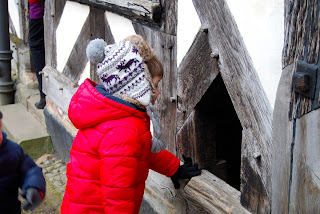 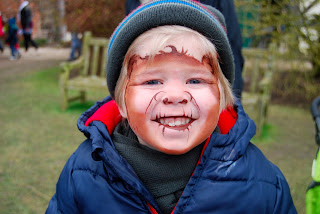 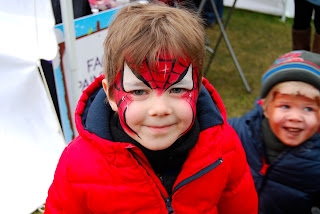 and egg and spoon races! 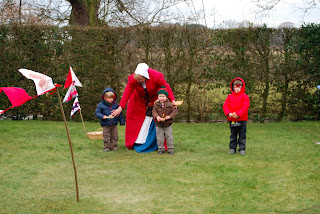 What you can't see from this photo is that shortly after it was taken and the race started, Leo (on the left in the blue jacket) instead of running forwards, for some reason headed directly right across Edward's (brown coat, middle) path! Small collision and loss of eggs, but Edward then nearly went on to win (although I suspect that his egg may have been 'slightly' held on after the first crash!).

And we added our own activity - hill rolling! 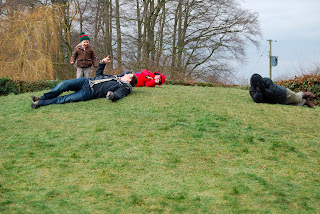 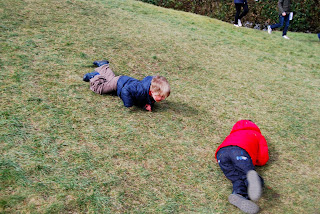 And there was the usual tea room, restaurant (small but perfectly formed and excellent service) and gift shop - the boys insisted on having ice lollies on the way home. Really? It was perishing!!! Still, they didn't seem to mind!

What a great day - well worth another visit when the weather's a bit more spring-like and it was great to catch up with our friend - although she was being kept very busy! 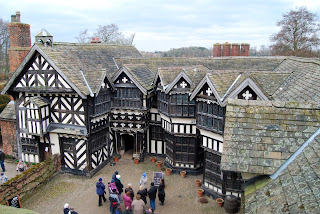