I have made another fireman hooded towel for the little boy of one of my friends. I have finally finished it and here are some piccies

Here is the finished towel from the front 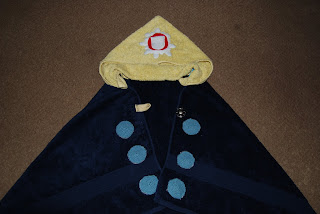 and from the back. I've added a white stripe to the base as most fire uniforms now seem to have them. 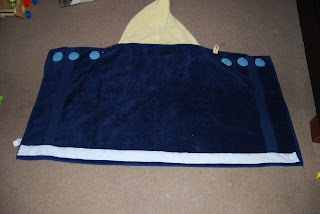 The hood - I attempted to make a vague recreation of the fire brigade emblem of the county my friend lives in... 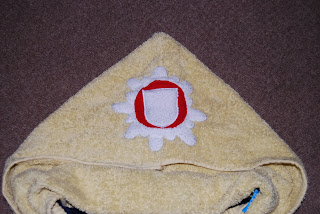 The buttons - I originally made the buttons from circles of grey flannel, but after the first wash through, discovered that I had not sewn them on properly! They frayed tremendously and were too damages to sew back on. Leigh's suggestions was to crochet buttons, and here are the results. They survived the wash too! 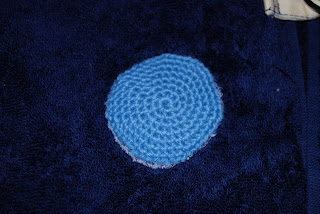 And my favourite addition from the original blog instructions - button and clasp. 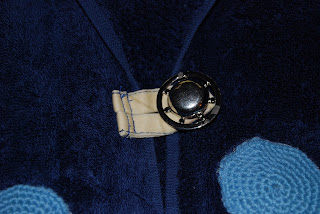