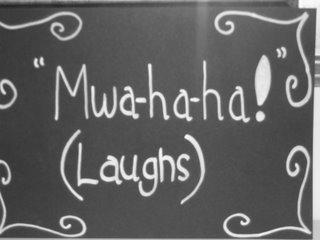 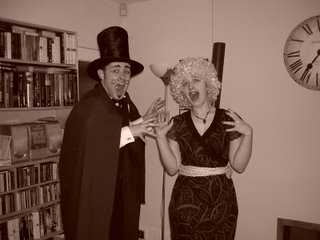 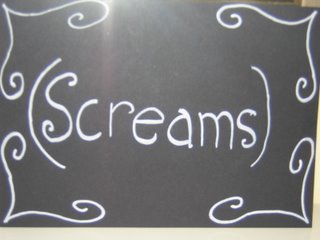 Went to a great party at the weekend - Richard's birthday, Heroes and Villains theme. The hubby and I went as a silent film villain and damsel in distress. Costumes worked out really well, despite having cobbled them together on Saturday morning (being too lazy to sit and stitch a cloak on Friday!). and although only about a dozen of us - 2 Cruella De Viles! Hurrah!

Then...heard as a "vestry tale" from one of our ministers at the Church AGM on Sunday - apparently a joke told to him by a church steward one morning ... two mice sitting in a field and they see a lady mouse run past. "Look at the legs on that" says one, "doesn't it turn you on?" "No," says the other, "I'm a titmouse!"

Well it made me laugh.
Posted by Kathryn at 4:08 am