Inspired by one particular You Tube video I saw of a lady who took a picture of herself every day for 2 years, and (believe it or not) the BBC1 drama Framed (in which, amongst other things a teenager took a photo of her baby brother every day) I thought I would try to take a photo of Leo every day for the first year of his life. Time goes so quickly, and as I see him every day, I don't often appreciate the changes he is going through at the time, until I look back over old pictures.

I talked about this with Leigh and decided that every day was probably a little unrealistic! So it became every week, and we thought it would be good to take a family shot to see how we all grow and change over the year. We've managed to keep it up pretty well (there's only been 2 or 3 weeks we've forgotten or time has got away from us), and we're now well into the second half of the year. The photos aren't especially close up of our faces, so for example you can't see Leo's teeth as they are arriving (he's onto number 3 now!) but I'm keeping a note with each piccie about what we've been up to in the week, and any key events as a reminder. The full set is here on Flickr, but here is the first photo : 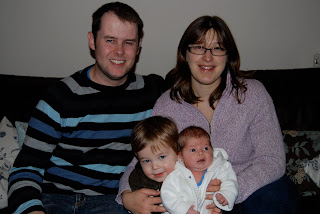 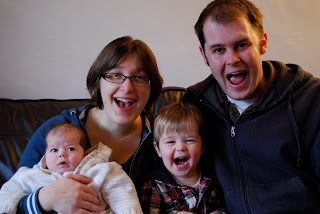 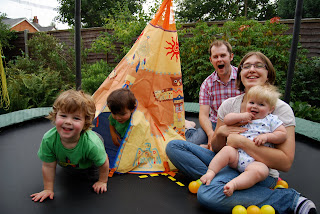