We've just returned from our first, what I call 'holiday' with the boys (okay, it was a holiday, everyone calls it a holiday, but I've just been listening to too much Miranda Hart!). We spent a few days in East Anglia - visiting our old favourite haunt in Southwold and spending time with my family in Lowestoft, Norwich and Stokesby. So a busy time anyway added with the fact that although a lovely holiday, it was by no means a break or a rest!!

So we started with a B&B in Southwold - Newlands. A bit more expensive than I was expecting to be honest, but then it is Southwold in the summer! The B&B was great though, very accommodating of the boys (it was surprisingly difficult to find a B&B that would take children) and they had an indoor swimming pool. We didn't use it in the end but it was handy to have somewhere I could take Leo when he woke up so that Leigh and Zachary could have a bit more of a lie in. Zachary loved being away - within 2 minutes of arriving he was bouncing on the bed, and Leo had managed to open a drawer! Spent the first afternoon discovering we had left all the nappies at home, buying some very expensive nappies in the town, wandering along Southwold prom, introducing Zachary to the sea (which he adored) 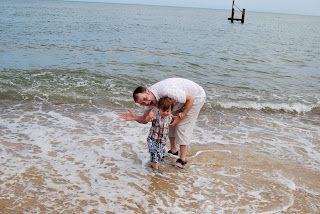 fish and chips for tea, and a session with the Expressive Photo Booth on the wonderful Southwold Pier... 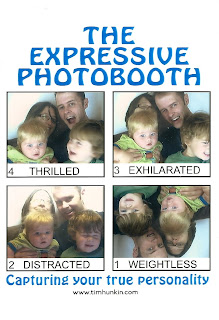 from which we learn that Leo only has one expression - confused! Then back at the B&B discovered we had also left ALL the toiletries at home. Great. 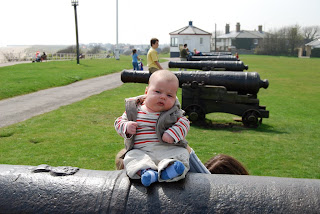 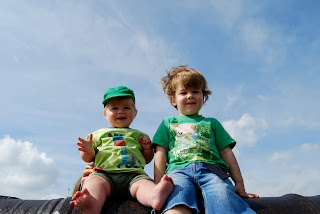 and then headed over to Lowestoft for some paella and an afternoon on the beach with my dad and his wife - more sandcastles, 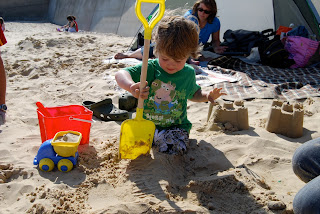 and a play with the sunglasses. 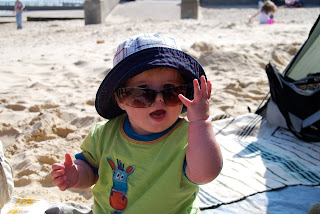 Next we headed to Norwich where we planned to stay 2 nights at a Holiday Inn and the final night with my sister and her family. Spent time with my mum and my sister and also managed to catch up with a couple of friends I haven't seen for more than a year, which was fab. Had a good wander round Norwich cathedral, a lovely lunch at Cafe Morello (highly recommended), and an afternoon at Melsop Farm Park where we met a burping sheep and where Zachary would have been happy just spending the whole time on the trampoline, without us forcing him to feed animals! 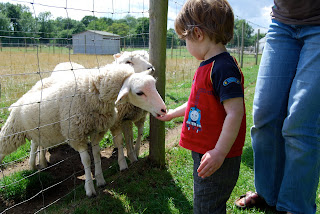 So a great holiday all in all and the boys had a fantastic time, despite both of them being slightly under the weather at varying stages. Some of the Zachary highlights - the look of absolute amazement on his face when he saw the self-closing seat on the toilet working, his declaration that "I like trumps," and randomly in the middle of the night he turned over, said "clap" and then went straight back to sleep! At breakfast on the final morning at the Holiday Inn, Zachary looked at the TV showing Sky News Sunrise presented by Eammon Holmes and announced that Mr Holmes was in fact Shrek, and then proceeded to tell us very loudly that he'd just done a trump. When Leigh tried to gently tell him that we don't usually say that in public, the volume increased and Zachary repeated himself and carried on saying "trump, trump, trump, 2 trumps..." until we managed to distract him with Coco Pops. We could not stop laughing and I'm still having to make a real effort not to burst out now as I'm typing!
Posted by Kathryn at 8:26 pm