Give us a clue

I played a game with the boys this morning which involved at some point Leo drawing some pictures and me and Zachary trying to guess what they were. Here's his sheet - 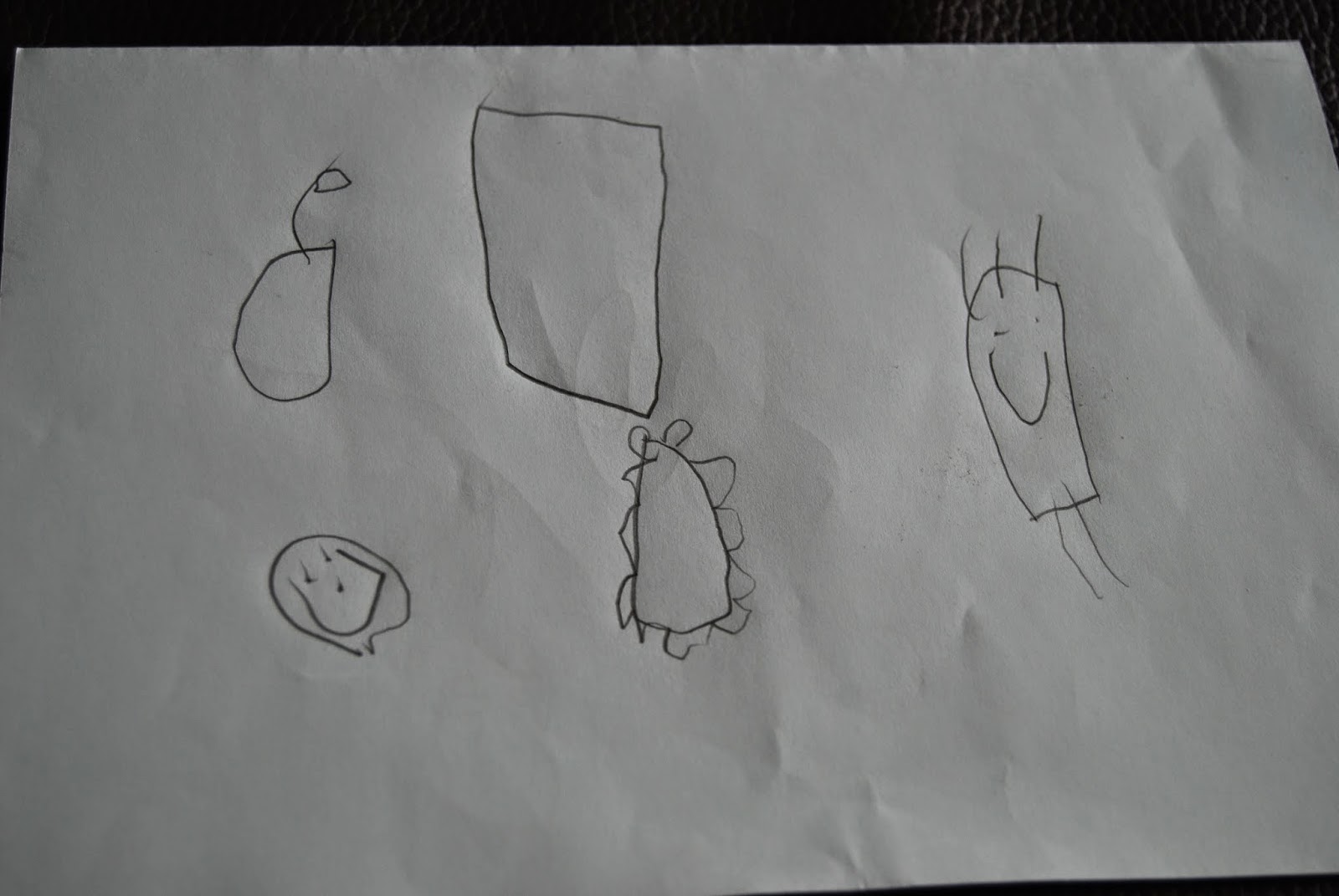 The first one he drew was the middle top shape which Zachary correctly guessed was a door. The next one he drew caused a bit of confusion - it's the one over on the right, sort of on its own. Can you guess? Apparently it's a person disguised as a door! Yay!
Posted by Kathryn at 7:11 pm