It's my friend's little girl's birthday party tomorrow and I've made her birthday cake today - quite pleased with the result, although the icing looks a little crumby in some places... But I'm happy with it and I hope the birthday girl is too! 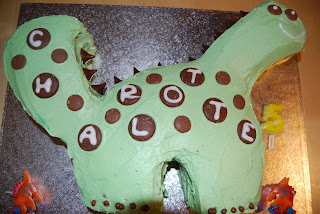 I also made some of Mary Anne's melting moments today. This is my second attempt at them and I used margarine instead of butter to try and keep the mix to be piped a little softer. It worked for that but I forgot the vanilla essence and also I think they ended up slightly undercooked. The tops were golden brown, but they're a little stodgy in the middle which I think is just that my biscuits were too thick - need to use a smaller nozzle.

And yes, I used left-over dinosaur icing to fill them with! 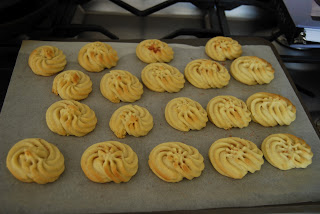 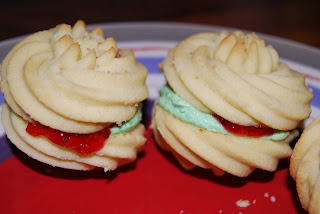