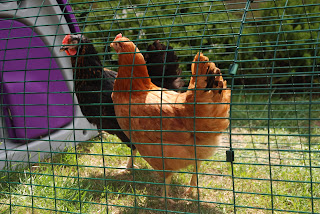 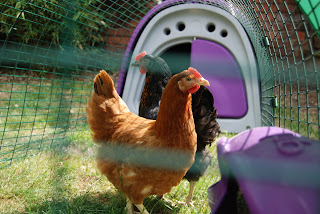 Bubbles is the black hen, she's a Miss Pepperpot. Dax is the ginger Gingernut Ranger and they're great. An Omlet chap brought them and the chicken coop this morning, set it all up, explained how to work and clean it and even clipped their wing feathers. It was great. They have to stay in the run for 5 days to acclimatise and get used to going into the house to roost at night, but then we can let them out to run in the garden. The wing clipping is only done on one side so that the chickens are unbalanced if they try to flap, so hopefully they won't be able to jump the fence!

We were warned that they may not lay for a couple of days and that the first few eggs might be quite small or the shell not formed properly, but a couple of hours after they arrived, look what Leigh found in the nesting box! 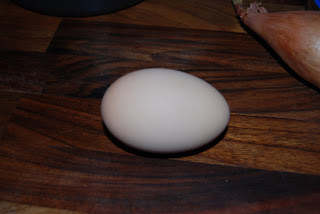 And it was a double yolker! 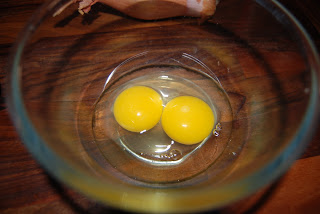 The first day has been really good.
Posted by Kathryn at 7:51 pm